It is interesting that the public holiday on Iqbal Day had been suspended during the previous tenures of Pakistan Muslim League Nawaz, (PML-N) in 2015. A petition was filed to the Lahore High Court in 2015, asking for 9th November to be declared a public holiday in honor of the nation’s poet. 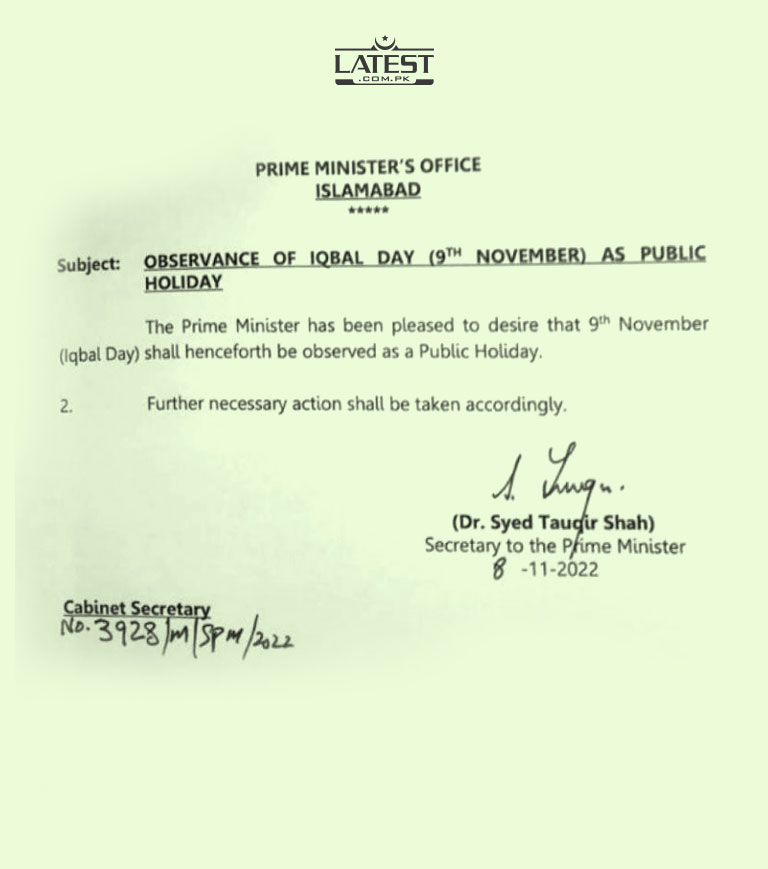 Citizens have also praised the federal government’s decision to reinstate the Iqbal Day public holiday, saying that the great poet should be honored with national reverence. PM Shehbaz also notified a 22-member committee, headed by Senator Irfan Siddiqui, to create a detailed program for events that highlights the life, work, and philosophy of Allama Iqbal in November.

Who was Allama Iqbal

Sir Muhammad Iqbal (also known as Allama Iqbal) was a British Indian philosopher, poet, and politician who was born on 9 November 1877 and passed away on 21 April 1938. He is considered to be one of the greatest figures in Urdu literature. His literary work was in Urdu and Persian. He was also known as the Muslim philosopher thinker of modern times. Shair-e-Mashriq is the name of Iqbal, which means Poet from the East.